Known for beautiful lakes, hills, and rivers, Delafield combines outdoor beauty with a small-town feel. With a population of approximately 7,200, the city is considered a suburb of Milwaukee and is in the Lake Country area of Waukesha County. Delafield is situated 30 miles west of Milwaukee and 60 miles east of Madison. According to Realtor.com, the median home value here is $350,000.

Established in 1837, European settlers were drawn to the area because of the fishing and hunting opportunities. Originally, Delafield was named Hayopolis, possibly because of the native grasses found there. The current name of the city was chosen by the area’s most famous settler, Nelson Hawks, who named the city after his friend, Dr. Charles Delafield of Milwaukee.

Delafield’s rich history continues to influence its present with many historic buildings and memorials. Hawks Inn, built in 1851 by Nelson Hawks, was once a stagecoach shop and is now a museum. Ten Chimneys, the home of Broadway actors Alfred Lunt and Lynn Fontanne, now serves as a museum. St. John’s Northwestern Military Academy was founded in 1884 and still has its doors open today. Most famously, Cushing Memorial Park was dedicated to Alonzo Cushing, a First Lieutenant in the Civil War who died in the Battle of Gettysburg, and his brothers. The US Army and President Barack Obama awarded Cushing with a Medal of Honor in November 2014, making him the 64th soldier to receive this honor from the Battle of Gettysburg.

There are endless outdoor opportunities to explore in Delafield. Many parks, nature preserves, sports areas, golf courses, and state trails are found within the city. Delafield surrounds Nagawicka Lake, a 981-acre lake perfect for fishing, sailing, water skiing, canoeing, kayaking, and swimming. The Bark River runs through Delafield, and the Kettle Moraine State Forest is located just south of the city. 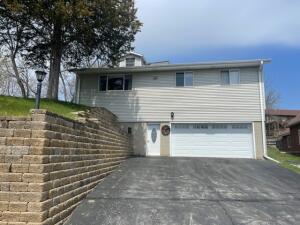 Talk to Us about Homes in Delafield