The scenic village of Hartland, located along the Bark River, has a population of just over 9,200. The village is positioned just north of Interstate 94 and is a 30-minute drive from downtown Milwaukee. Hartland is a suburb of Milwaukee and is bordered on the east by Pewaukee and on the west by Delafield.

In the early 1800s, Potawatomi Indians were drawn to the natural spring in the area and established a camp along the Bark River. In 1848, Steven Warren, the first settler of Hartland, sold land to Christian Hershey, who built a grist mill powered by the Bark River. True prosperity came to the area in 1854 when the Milwaukee and Watertown Railroad laid tracks in the area, popularizing the land for farmers because they could easily trade and ship off their crops. In the early 1900s, Hartland became the name for the area after an Englishman thought the village looked similar to a Hartland out east. Today, the residents of Hartland put an emphasis on meaningful connections between businesses and community, leading to a thriving downtown business district.

Hartland is known for its many local restaurants and outdoor recreation opportunities. There are almost ten parks in the area, complete with trails, playgrounds, picnic areas, and sports fields. The picturesque Bark River Greenway is a large open green area that connects to the central business district. Pewaukee Lake, Nagawicka Lake, and Beaver Lake all are located within one mile of the village and have public boat access. 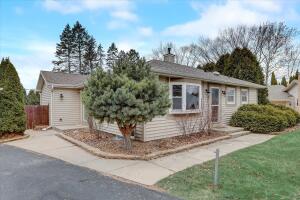 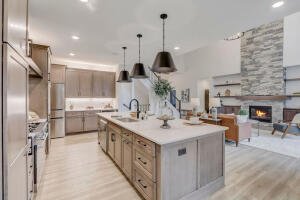 Talk to Us about Homes in Hartland